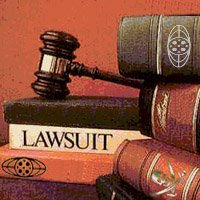 Most patent litigation cases are settled out of court,  acting as threats against mobile handset makers. But the advent of mobile smartphone litigation is growing measurably as manufacturers fight for market share.

According to the Associated Press, counter patent infringement suits are common in litigation and usually result in cross-licensing agreements rather than long-term, cat-and-dog fights in the courts. This situation is very different than any other type of lawsuit.

Patents and trademarks are filed to protect inventors from others profiting from ideas turned into products or services. Patents apply to inventions while trademarks refer to company names, logos, words and images that are part of “brands,” such as the word  “Coke” or Google’s logo.

You can’t patent an idea, only a design or physical object,  like an car or a toaster, whether it’s eventually manufactured or not. Many never turn into marketable products.

While Alexander Graham Bell is usually considered the inventor of the telephone, numerous inventors, since 1849, leading to the modern telephone created prototypes. Some were patented but many were not. (See Wikipedia’s “Timeline of the Telephone“.)

When home telephones were simpler–fewer parts and models–and AT&T (“Ma Bell”) owned the U.S. telephone system, patent infringement lawsuits were few. Later, after the invention of the modern cell phone in the early 1980’s, patent claims began growing. You might wonder what would happen if the cell phone were invented today.

In 2007, the same year the iPhone was released, AT&T sued Vonage, the voIP company, after Verizon Wireless won a court case against Vonage in March of that year.

While the Vonage case involved everything from voice mail to packet technologies, the litigation pales by comparison to Apple’s claims against smartphone competitors.  In these, Apple believes that competitors have copied the iPhone’s “look and feel” as well as internal component design.

Standards for Wi-Fi, USB computer connections and cell phone calls are established and controlled by worldwide industry associations, mobile carriers and telecommunications regulatory bodies, such as the FCC in the U.S.

Knowing more about Nokia’s patent infringement claims against Apple would be enlightening. On face value, however, it seems unreasonable to me that Apple’s iPhone infringes on Nokia’s Wi-Fi and phone call patents. Likewise, Apple stealing Nokia’s power consumption circuitry for the iPhone or computer connectivity is hard to believe.

This area of patent law is more challenging: the “look and feel” of one mobile phone to another. Apple argues that Nokia ripped-off the iPhone’s UI, including touch screen menus. But you can’t patent the arrangement of icons on a touch screen.

Imagine if Sony sued Samsung or other HD television manufacturers because their TV screens or menus resembled each other. While a Sony HD television screen might look like Samsung’s,  Sony would probably not win a patent infringement lawsuit against Samsung.

Walking through an electronics store’s TV department would quickly convince a reasonable person that the quality of each TV’s display is more important than its resemblance to other TV’s.

As handset manufacturers release dozens of new touch screen smartphones that resemble the iPhone, Apple, Nokia, HTC, Samsung and other handset makers will find it increasingly difficult to launch patent suits based on  “look and feel.”

Innovation in a Wireless World

Certainly, many mobile devices will have a similar “look and feel.” A Kindle, for example, resembles a Sony E-reader. Most netbooks look alike. And just like personal computers, each mobile device contains standardized components from chipsets to memory storage cards.

Instead of more patent infringement lawsuits, mobile device makers should focus on innovating their phones, e-readers, netbooks and other mobile devices,  rather than wasting time suing each other.