In an age of smartphones,  used increasingly for data and voice led to VoIP services offered by  Skype and Google Voice, Consumers believed that they were paying to much for their cellular service. After all, if Skype and Google  could offer much lower prices for voice, texting and eventually two-way video calls, why were the carriers charging so much?

Increased competition and the current Administration’s emphasis on high speed broadband for Internet access would soon change the wireless landscape.

Morgan and Stanley claimed in its December, 2009 report that mobile phones were increasingly about data–not voice–especially among smartphone users. Yet cell phone plans for consumers and businesses kept rising.

After AT&T Wireless in 2007 gained millions of new customers due to its  iPhone deal with Apple, other carriers and handset manufacturers began offering comparable data devices to increase profits in data rather than voice.

Meanwhile, the ratio of voice calls to data usage continued dropping from 70% to only 45% for iPhone and other smartphone owners. But carriers were reluctant to lower their charges for voice calls until they experienced high customer churn.

Sprint/Nextel and T-Mobile were especially hit hard as millions of dissatisfied customers switched to AT&T for the iPhone and Verizon Wireless for its faster, more robust wireless  network. Cell phone pricing was about to change.

In response to high churn rates among contract customers, Sprint became the price leader with its “Simply Everything” individual and shared cell phone plans. (Sprint offered the least confusing and costly cell phone plans of all major carriers.) 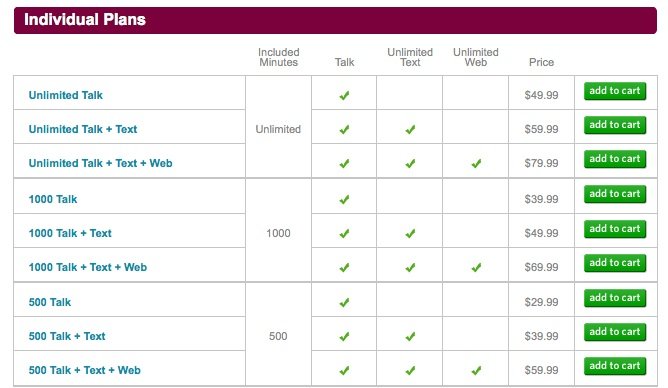 However, the highest cost–and the most lucrative for Verizon and other carriers–was data. Customers who didn’t  choose an unlimited data plan were billed $1.99 per megabyte. As customers exceeded each megabyte, Verizon charged another 1.99 even if if customers didn’t use the full amount. 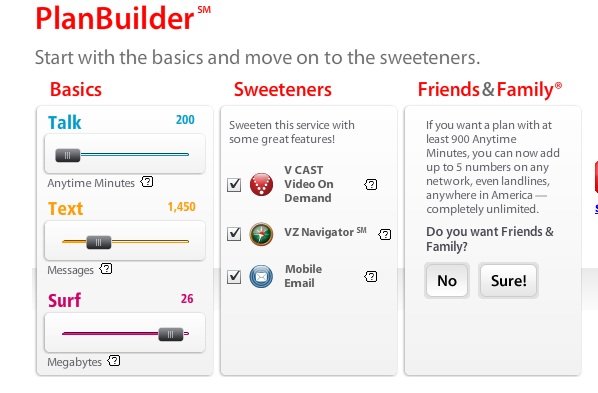 Changes at Verizon were in the making, however.  During the annual Mobile World Congress even, Verizon announced a partnership with Skype, allowing some Verizon smartphone owners full use of Skype’s calling and texting services.

AT&T Mobility decided to off the most flexible and confusing cell phone plans.

Sprint, on the other hand, offered all features available on each handset at one price, excluding insurance and a few other options.

After reviewing the four main U.S. wireless provider’s individual plans, it seems to me that instead of increasing customer cellular plan choices, the carriers have made choosing a cell phone plan difficult and costly. Sprint/Nextel  with its Simply Everything plan and Verizon Wireless’ recent “Share Everything” plans may be exceptions. Wait and see.

Choosing carrier cell phone plans is a “deer-in-the-headlight” experience. Carriers claim they offer choice. Instead, they offer a complex and confusing buying experience.

Many cell phone plan purchasers don’t realize their long-term commitment. A two-year contract with any of the carriers that includes a data plan costs a minimum of $2,500.

Adding accessories, other services, taxes and fees,  most consumers will pay nearly $3,500. If the two-year contract is broken, customers pay an additional pro-rated early cancellation charge that has risen to nearly $400 for smartphones in 2012.

Purchasing a mobile phone and cellular contract is a major buying decision unlike any other. Buying an HD television, audio system, refrigerator or even a computer is a one time charge and, at most, includes a service contract. Even choosing a broadband Internet service is less expensive than making a two-year commitment to a wireless provider.

Apple started the evolution of the wireless industry when it signed a contract with AT&T to market the iPhone. This was the first time a handset manufacturer controlled cost and distribution of a single handset. In the past, mobile operators controlled handset pricing and distribution to consumers.

The  FCC and Congress are also investigating practices within the wireless industry to prevent overcharging consumers and stifling competition.

The Future of Cell Phone Plans

To remain competitive, U.S. carriers, already concerned about their peers’ pricing, have  created lower cost mobile-to-mobile individual plans. Sprint is aggressively promoting its $80 per month unlimited voice and data plan. Meantime, Verizon Wireless’ Share Everything plans offers one to ten gigabytes of data shared by up to ten people.

But the difference in cost from gigabyte to gigabyte is only ten dollars, obviously intended to encourage customers to buy more even if unneeded. Average smartphone users consume less than 500 megabytes of wireless data per month.