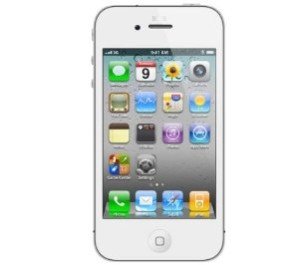 ou should check prices and guarantees from Amazon, Walmart and other sources. You avoid the possibility of getting a lemon by purchasing from reputable sources like Amazon.

iPhone distribution has changed. Think back to the first version when only AT&T and the Apple Store had the product. For all practical purposes, it was a monopoly. If you wanted an iPhone, you had to sign a two-year contract with AT&T.

In only six years, Apple has released five major versions of  the iPhone. The floodgates opened when unlocked phones became available.  Now you could take your iPhone  to Verizon, AT&T, Sprint, MetroPCS and other CDMA and GSM carriers . Even Walmart, the least likely mobile phone shop, recently offered a 16GB phone for $148. Sprint knocked $50 off causing The Apple Store to also discount the 4S.

It’s amazing. Only six years ago, iPhones didn’t exist, carriers were selling ring tones and eBay usually had fewer than 500 units of any popular mobile phone. Today smartphone penetration in the U.S. will reach 50% sometime in 2012 to 2013.  Apple iOS and Google Android are the the market leaders, while Nokia, once the God of cell phones, partnered with an unlikely spouse, Microsoft. The wireless world we once knew is gone.