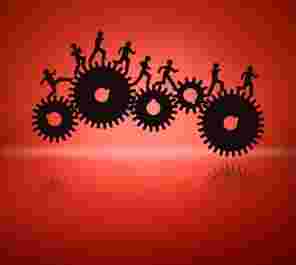 TIt happened so rapidly. It arrived in the night. You couldn’t see it. It changed your life. It connected you to friends and family.

The “it” is a roaring future wireless vision thrust upon you and me–a world of smartphones and other gadgets, a mobilized planet where possibilities are necessarily real.

Welcome to the world of wireless and mobile communications.

Starting tomorrow in San Francisco, thousands of business professionals descend on Moscone Center to collide head on with the future at the CTIA show, the largest wireless event in the United States.

As I reviewed the roster of companies showcasing their products and services, the fog lifted from my eyes and I saw a soaring, rising tsunami of mobile and wireless technologies enveloping the Earth.

How little we know about the technological impact that will forever change  health care delivery, shopping, entertainment and making friends. The tsunami of our future wireless vision will not only hit a corner of the world. It will be a tidal wave enveloping the Earth with invisible waves of light in a blink of an eye.

How will a wireless world change our lives and the planet? Who really knows? The future of mobile and wireless is in the hands of visionaries, dreamers, entrepreneurs, corporations, governments and consumers. Unlike television or radio, which created other electronic revolutions, this time you’ll hold the future in the palm of your hand.

That future may be a wireless band aid sending information about the status of your health. It could be a device that streams audio and video directly to your brain’s visual and auditory centers.

You might wake up one morning and create  your own augmented reality through artificial intelligence and cloud computing. You may work for a virtual company whose employees are scattered across the globe. Anything, everything is possible in an untethered world where cords and cables become obsolete and geographic distance is only in your head.

Our choices in an already explosive mobile world will determine how humans live and work in developing and developed nations. We’re not talking evolution; indeed, the mobile world unfolding in front of our eyes will emerge from our possibility dreams which co-create reality.

And these realities are personal…oh, so very, very personal. Not the smartphone that talks to you. That’s such a small part of what’s to come in creating our future wireless vision.

So as you watch your electronic world sizzle, morph and re-create as multitudinous gadgets, devices and services, know you’re a special part of its creation. You may not think so. But as the dawn breaks on wireless technologies, your life will change, sometimes in subtle ways you hardly notice and other times that  magnificently change your life.