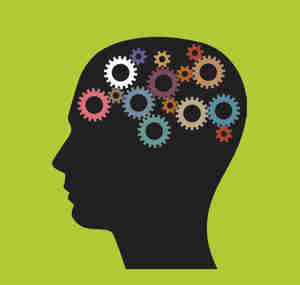 A good example is a teenager listening to music on an iPod, while tweeting on Twitter and texting on a mobile phone. Watching young people engage in media multitasking reminds you of a juggler at a circus. If he starts thinking about how to juggle, he’ll drop everything on the floor. You wonder then how a teenager derives meaning when focusing her brain on three different activities at the same time.

Twenty years ago, like The Brady Bunch, families watched TV and ate together. No longer. Today,  family members are scattered around the home and elsewhere, consuming content on smartphones and other electronic gadgets. According to Pangis, advertisers need to create “multi-platform marketing campaigns,” aiming at “multitasking touch points.”

Researchers at Stanford found that media multitasking led to diminished performance when subjects tried doing 2-3 things together. Researchers at Boston College believe multi-tasking with computers and TV’s is really “media multi-distraction,” while others at UC San Francisco, think “social media multitasking”– handling email, while on Twitter and Facebook impacts memory.

So where do consumers find the time to consume news, information and entertainment on multiple devices? Nielsen, the television rating company, found in their “Three Screen Report” (mobile, television and Internet) that watching TV while using the Internet rose to 3.5 hours per month in the last quarter of 2009, an increase of 35% from 2008.

I believe human beings will adapt to new media channels. History has demonstrated the infinite capacity of people to handle extraneous assaults on their senses. When radio emerged in the 40’s and 50’s as a major competitor of newspapers and magazines, those who claimed the death of print media and illiteracy among citizens turned out wrong.

The same scenario played out in the late 50’s on with television. But consumers managed to multitask pretty well. Readers, listeners, and viewers admirably proved their ability to control media distractions.

Mobile,  the most pervasive communications channel in this century, commands our attention the most. But despite increasingly complex smartphones, people adjust to mobile tech fairly well.

So when researchers and futurists speak about the horrors of “multitasking,” know that humans can only pay attention to one thing at a time. It’s an illusion that the human brain thinks about 3-4 things at the same time. What appears as media overkill is just noise in the minds of humans who are fully capable of controlling it.