You are here: Home / mobile-apps / Mobile Application Development at Nokia with Luca Cioletti 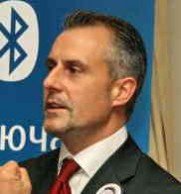 Mobile application development is the heart and soul of the smartphone and mobile computing market. Without mobile software development, billions of mobile phone users around the world could not make phone calls, surf the mobile Internet, play games, use email or connect via apps to their favorite social networking sites.

While the iTunes and BlackBerry App stores have received the most press attention of late, Nokia of Finland, through its Forum Nokia operation, has assisted mobile developers for many years.

Despite the cell phone manufacturer’s loss of market share in the handset market, the company believes offering innovative applications by working with developers is the road to profitability. Assisting developers with technical support (see the Forum Nokia Developer Community online) and the marketing of their  applications through its OVI store are critical.

Bloomberg in a recent article wrote that the Finnish company’s failure to beat Apple’s iPhone and software puts its market share at risk, while a number of mobile app developers have migrated from the Symbian OS platform to others like iPhone and Android. To keep developers, the company has created contests and increased partnerships.

One of his critical tasks is to build a strong Business Development Team. Gian was formerly in business development with Hewlett-Packard. He says he also loves to listen to music, read books on leadership and other subjects and explore innovative ideas.

During the podcast interview, Cioletti discusses his unit’s services, its role in overall strategy, opportunities for application developers writing apps for Symbian OS, Apple’s iPhone, the meaning of innovation, marketing to countries on multiple continents (especially developing mobile areas in the world) and the importance of mobile worldwide.

The mobile development business is not necessarily lucrative for the developer since many applications sell for less than $5 and  app stores take a percentage of each sale.

Despite the handset manufacturer’s loss of smartphone market share, it remains the dominant player in the world market for mobile phones, especially on developing nations such as India.

For further information, see the Forum’s blog, podcasts and videos.