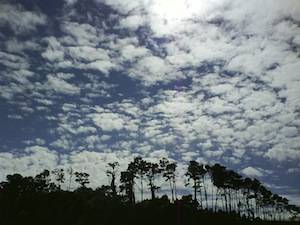 Mobile Cloud Computing is taking the world by storm as desktop computers fade into oblivion.

Steve Ballmer of Microsoft, speaking at the Gartner Symposium last October 2010, “hinted,” as EWeek wrote, those Windows smartphones were just like desktops and laptops.

In other words, these powerful new mobile devices are only miniatures of bigger gadgets, like ancient DEC mini-computers to IBM mainframes.

Ballmer later spoke at the Convergence Conference, blessing both PC and mobile cloud computing, as he proclaimed from the papal throne: “Everyone of our products will be engineered to deliver the full benefits of the cloud,” hopefully before the second coming.

As I reflected on Microsoft’s failed Windows mobile strategy–and Ballmer’s comments–I began asking myself  “why do we need smartphones that eat battery energy like vampires feasting on blood at a potluck?

Instead, why aren’t we using dumb smartphones–light weight, most empty shells with powerful processors and just enough memory for even the geekiest multi-tasker.

Instead, why not downsize computer boxes to shells connected to 50Mbps broadband?

Despite Steve Ballmer’s praise of mobile cloud computing, I can hear his teeth grinding as he ponders the days when every loyal American had two cars in the garage, a mortgage and several PC’s running Windows off a hard drive.

Mobile in the Cloud Growing to $9.5B

Wouldn’t your life become simpler if dumb smartphones turned on like a light bulb with all your apps and programs available in ten nanoseconds? Wouldn’t you love a mobile device as fast as a roadrunner, swapping apps in and out of memory without any concerns about dead batteries?

Like a TV, which doesn’t contain programs, how about dumb phones becoming smarter when connected to the Internet?

In the latest study from Juniper Research, they predict a $9.5 BILLION market for cloud-based mobile applications by 2014. The future of mobile cloud computing? Dream on…