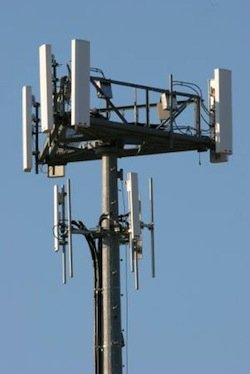 As world economies were healing from the global recessions of 2008-2014, the mobile Internet destroyed global wireless carriers.

But it was the massive growth of the mobile Internet that drove the knife into global carriers. There was no mercy.

Few noticed, except the stockholders, who sold their shares rapidly as carrier death was certain, the last one gasping for wireless spectrum. But the mobile Internet–the Web in the Sky–was too enormous, too strong. Carriers buckled.

In the United States, AT&T, ignoring customer concerns, was the first to go, as soon as the WCC discovered they had deliberately conspired to destroy competition.

Verizon’s and other carriers’ continued confrontations with Congress and the WCC brought them to their knees. Consumers switched to Wimax, back hauled to mobile satellite services. Cell towers rusted, antennas falling to the ground.

Surprisingly, Sprint changed its business model, morphing into a global communications provider to 80 nations. In the United States, wireless broadband served all citizens.

As a result of wireless carrier abuse of the public airwaves, the WCC banned cell phone contracts and required all mobile services to permit any compatible phone or mobile device to connect to the mobile Internet through global networks.

Google, Skype, Line2 and other worldwide VOIP providers, delivering free and low-cost wireless phone and data services, grew at over 112% per year.  Similar companies challenged the carriers to the bitter end. But the Web won. Carriers slivered into darkness.

It was an era of mobility, portability and accessibility. All 8 billion people on Earth connected wirelessly in a global communications web. Many celebrated mobile freedom and innovation. Mobile phones and other devices proliferated.

Other than that, the sun rose the next morning and mobile life continued…