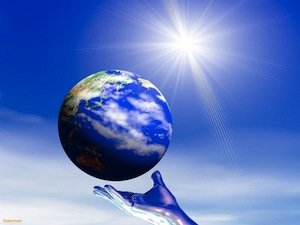 The United Arab Emirates has decided that BlackBerry smartphones are dangerous to national security. Other countries, like India, don’t like RIM’s email, instant messaging and web browsing security either. The core issue is clearly mobile privacy in a world where some governments feel threatened by wireless device security.

Surprisingly, the U.A.E.’s announcement was announced a day after the Wall Street Journal started a series of articles on mobile browser computer Internet security. The Journal hired a consultant to study tracking cookies and “beacons” that monitor browser users’ activities on the Web, primarily for the benefit of advertisers.

RIM’s customer base of 46 million BlackBerry’s around the world relies upon the added encryption security built into the devices. Data sent from a BlackBerry is encrypted from handset to handset as mobile carriers pass billions of emails and instant messages to RIM’s global servers, making it difficult, if not impossible, for government and other eavesdroppers to capture secure phone transmissions. (This isn’t the case with other mobile phones, including those from Nokia and Apple.)

Mobile privacy and wireless security are becoming a controversial topic among phone users worldwide. During the past year, for example, Facebook was called on the table by numerous privacy watchdogs and U.S. government agencies for releasing members’ personal information. While Facebook has taken steps to improve its privacy and security practices, it’s challenging to protect the private information of 550 million users scattered across the globe. Mobile privacy concerns remain an issue on Facebook.

Here’s the irony of our over social networked, twittered, mobile apped and FourSquared age: While governments, credit bureaus, search engines, ad networks, marketing companies, potential employers and even mobile app developers attempt to collect private information about us, millions of people are freely releasing information online that could lead to identity theft, lost jobs and ruined reputations. It’s one thing to live in the United Arab Emirate countries without a BlackBerry. It’s another to lose control of how personal information is stored, controlled and released by social media companies or collected by smartphone mobile applications.

Health information is one example of mobile privacy concerns. When I call my medical group to book an appointment with my doctor, discuss billing information or my medications, the call center rep asks for my name, address, and date of birth.

Because of my blogging activities on the Internet, the first two are easy to get, only leaving my date of birth, requested by Facebook and most social networking sites. Do I give my correct date of birth online? No. Doing so increases the possibility of a security breach to my health information. (Credit bureaus ask similar information, including  your mother’s maiden name, which should never be revealed online to anyone.)

Don’t get me wrong. Living in our mobile communications age is enjoyable and provides ways to make friends, develop business relationships and more. At the same time, however, governments, advertisers, social networking sites and others seek to invade our mobile privacy for political and monetary reasons.