Haven’t you always wanted to tell your toaster “toast that bagel.” Perhaps you’ve longed for a time when you could command your HD plasma display TV to “find the Star Trek episode where Scottie and Kirk get drunk together.

In the not-too-distant future, instruct your Android mobile tablet to keep the kids entertained as Mom and Dad relax watching movies. All things are possible with this technology. And iSpeech  believes consumers are ready to talk with their appliances using its speech voice recognition technology. (Remember to close the drapes, though, in case the neighbors are watching.)

<
In my second podcast interview with iSpeech’s COO, Yaron proclaims “the year of voice.” He says voice is the most natural way to interact with gadgets in our lives. “Why search for the TV remote when you can ask your TV to turn on ESPN. Use the ease of our text-to-speech, voice recognition and cloud servers to power the connected home of the future.”

Mobile has a role to play in the surge to use speech as the primary input on a smartphone. IBM “Shoebox” voice recognition technology feature on the iPhone 4S inspired iSpeech to deploy its home technology. 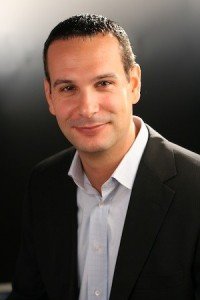 Nuance, well known for its call center and Dragon Systems’ voice applications, just announced “Nina” for iPhone and Android devices. Phone users can interact with their bank. The technology is also used for voice authentication. The wave of speech voice recognition continues in the medical field and other industries.

Acceptance by consumers of speech voice recognition may take years, but not nearly as long as advertisers who kept denying “the year of mobile.”