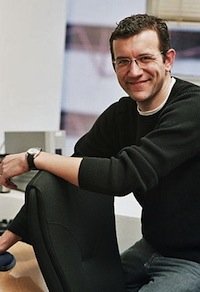 Pandora Internet Radio has grown rapidly over the years and is now available on both mobile phones and personal computers.

Due to the “Music Genome Project,” an exhaustive and ongoing study of all forms of music, Pandora developed a service that personalizes the way we listen to favorite songs on mobile phones and personal computers.

Whether you’re into rock, gospel, classical, hip-hop or jazz, Pandora Internet Radio wants only to play the music you like. Making the selections is not easy and requires the ongoing work of staff skilled in tonality and other aspects of sound.

The Oakland, CA based company streams audio to your iPhone, BlackBerry, Windows Mobile and 40-50 other mobile handsets running on multiple U.S. carrier networks. As of December, 2008, two million iPhone users had downloaded the Pandora application. More recently, over one million BlackBerry users did the same through the BlackBerry App Store. Android was next and is coming on strong.

Pandora claims a base of 27 million subscribers with 3-4 million people listening on their mobile phones and the majority tuning in with their personal computers. Listeners may create up to 100 personalized radio stations.

Personalized choice is the key competitive advantage over traditional radio stations. In fact, while listening to the service, users can retrieve information on their mobile handset or PC telling them why Pandora’s several dozen specialists selected it: “We’re playing this track because it features major key tonality, string section beds and many other similarities identified in the Genome Project.”