You are here: Home / mobile technology / Cell Phone Batteries in a 4G LTE World Getting Better? 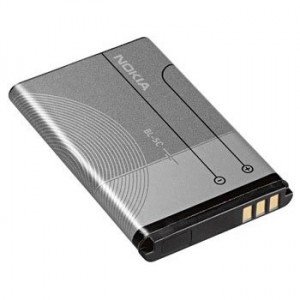 Cell phone batteries, one of life’s pains, are getting better, but…

You’ve just purchased your new 4G LTE smartphone, charged the battery, turned it on, launched the music player, taken a few photos, surfed the web and checked out Google maps.

You’re happy as a clam. To your dismay, the cellular battery meter on the phone starts draining faster than a heavily-loaded SUV.

What happened? The cellular battery on your old phone lasted a lot longer than you new one. Of course, you probably didn’t have  a high res camera, megabytes of MP3 audio files and a 3G data connection with your  carrier. You used your phone mostly for talking and texting–not staying online 24/7 for tweets and Facebook wall scrawl.

Face it, batteries haven’t kept pace with mobile smartphones that suck bandwidth. In the past, you used a portable Garmin, Magellan or Nuvi for GPS tracking. To take photos, you grabbed your 8 megapixel digital camera. If you’re into music, out popped your iPod or MP3 player.

Now, your mobile phone has most of those features. Your smartphone is like a Swiss jackknife–one wireless device with lots of functions, which takes its toll on battery life. 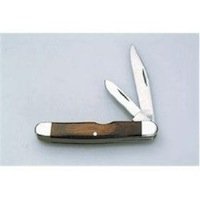 The battery drain problem reminds me of a 2005 episode from “Alias,” a popular C.I.A TV series.

Sydney Bristow, a lady who does cartwheels for the CIA, gets locked in a coffin and buried in a grave six feet deep with nothing except a cell phone and a dead guy next to her.

As the oxygen levels drop,  Sydney’s cell phone battery meter drops to minus one.

Meanwhile, Marshall, her C.I.A. tech geek, madly drives around Havana, Cuba in a taxi,  trying to triangulate her location.

While Marshall searches for her in the graveyard,  Sydney’s last gasps are transmitted by her cell to Langley before her cell phone battery dies.

Marshall, not in the best shape of his life, sees a shovel, digs poor Sydney out from six feet under and performs CPR (on Sydney–not her cell phone). She finally regains consciousness. No so with her dead, drained cell phone battery.

Don’t ask me how a cell phone signal is traceable under six feet of dirt inside a coffin. The point of the story is familiar to everyone whose mobile phone battery died in the middle of an important phone call, reading email, texting or surfing the Web.

In my podcast interview with Scott Goodrich of Cellular Systems, Inc., he pointed out that 80% of all cell phone use occurs inside buildings. That includes both voice and data use. Employees are more “mobile” inside their company’s buildings than outdoors, which changes the meaning of “mobility.”

CSI supplies cell phone repeaters and other gear to boost cellular signal levels inside buildings, reducing the drain on your cell phone’s battery.

CNET Australia offers the following advice for iPhone users, although the suggestions are equally helpful for other smartphone users who want their cell phone batteries to last longer between charges.

You may never get buried alive with a dead cell phone, but until cell phone batteries improve, taking prudent steps to increase battery life is a good idea.