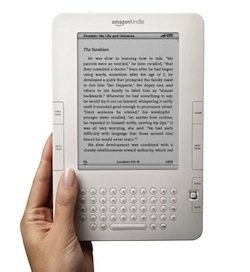 Evolving 3G wireless communications devices, such as the Amazon Kindle, are examples of mobile convergence–books, text-to-speech and connected devices merging together.

Technology Advances and the Consumer Experience

The iPhone, introduced in 2007, re-defined the mobile phone as a multi-function device–phone, web browser and application launcher. Yet even the iPhone has its weaknesses. Competitors like Palm and Google’s Android operating system have introduced smartphones and other 3G wireless communications devices that rival the iPhone.

While it’s true that many smartphones today have integrated cameras, music players, higher resolution screens and the like, most smartphones features, like cameras, are inferior compared to the multimedia quality of standalone consumer electronic products.

One to five megapixel camera quality on mobile phones, for example, pales when compared to standalone digital cameras. A phone’s MP3 player, listened to with ear buds, doesn’t approach the quality of a home audio system. And we won’t even talk about the superiority of HD-TV.

Product reviewers in print and online publications drool over anything labeled “mobile” because they know it sells magazines and increases online traffic. Yet, the media forget the tens of billions of other consumer electronics products that inform and entertain the vast majority of people.

Mobile phone and other consumer electronics companies continue adding features, despite the fact that the average consumer uses only 20% of a device’s functionality.

The Kindle: Only an E-Reader?

Although listed as “experimental” on the Kindle II, you’ll also find an mp3 player, understandable text-to-speech and basic Web access with search, connecting you automatically to Google, Wikipedia and the Web.

The Kindle II’s screen size  is around 5 inches by 3.5 inches. Its e-paper, easier on the eyes than any mobile phone screen, displays readable text and extends battery life. Pictures and graphics vary from acceptable to unreadable.

In a 3G–soon to be 4G–world, I wonder if wireless communication devices, like the Kindle are only E-readers. Could they do more? Could they even replace a mobile phone?

What if you could…in one 3G wireless communications device…

Last point. The eternal question: will the Kindle replace “physical” books. I’ll leave that one to David Pogue of the New York Times.