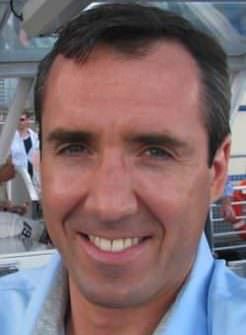 Apple launched its app store a year after the iPhone release while major handset manufacturers—Nokia, RIM and Palm—created mobile apps later to meet the growing consumer demand for mobile games, utilities, business and other mobile applications.

But a small company called GetJar with offices in San Mateo, CA, London and Lithuania launched in 2005, two years ahead of Apple, is bursting at the seams.

The company is the world’s largest independent mobile app store with over a half billion mobile downloads to date. Started in 2004 by application developers, it  now offers more than 58,000 mobile applications running on 1,822 mobile handsets and has downloaded mobile apps 700 million times to consumers in 200 countries.

In October 2009 alone, the app firm offered 55 million downloads and has a roster of over 305,000 application developers who bid for downloads on the site.In June of 2009, GetJar was named the winner of the 2009 Meffy Award for Best Direct to Consumer Service.Backed by marquee investors Accel Partners, the mobile software distributor also works with a select number of partners including Sony Ericsson, Sprint, Opera, Vodafone, 3UK and Virgin Mobile.

Patrick Mork joined GetJar Mobile in 2008 as VP of marketing and member of the executive team.  His primary role is to develop the company’s overall marketing, branding, content and communications strategy. Patrick has been in the mobile content space since 2004 first at mobile games publisher I-play then later at Glu mobile.

Prior to joining GetJar, he was Marketing Director in Europe at Glu where he built up the company’s marketing team and was a key part of the European management team that helped take the company public on NASDAQ in March 2007.

With 15 years of marketing experience at leading companies such as PepsiCo and Diamondcluster, Mork has worked in large multinationals and venture-backed start-ups in marketing, sales and general management. Patrick holds an MBA from INSEAD and a BS from Georgetown University.


In this podcast interview with Brian Prows, Patrick candidly shares his knowledge and views on its mobile applications and competitors’ products, working with app developers, what makes a successful app, how viral marketing has attracted millions of mobile users to his website and the future of mobile application stores on the Internet. Topics include:

If you’re interested in the world of mobile applications, development and distribution, you’ll enjoy this fascinating conversation about Getjar mobile apps.