You are here: Home / mobile technology / How Much Does Technology Cost? 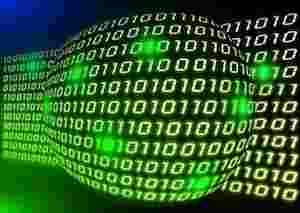 Does technology cost? How has technology delighted or failed you? Are you doing cartwheels about your personal computer, mobile smartphone, TV, audio system or central air conditioning?

Or, like me, despite the greatest inventions, do you occasionally question technology’s cost, counting a gadget’s price, upkeep, warranties, downtime and loss of use?

The word comes from the early 17th century Greek (tekhnologia, meaning “systematic treatment” and tekhe, referring to “art and craft” plus logia, “logic”). Technology is the application of science resulting in tools, systems and services. While it may bring us pleasure and reduce physical and mental labor, they’re negative consequences.

For example, the railroad system replaced butt pain riding a stagecoach and cut travel time. Autos brought increased leisure and mobility. We could choose to live in one city and travel elsewhere for work. Vacations became more varied and pleasurable as we visited new and wondrous places.

Along with these and other benefits, of course, came smog, the high cost of a national highway system and thousands of yearly auto deaths. Car loans, fuel, upkeep and insurance add to the yearly bill. Yet most Americans probably believe that the benefits are worth it. Transportation freedom, driving pleasure and auto industry prosperity.

What about computers, mobile phones, TV’s and other gadgets in our lives? What do they cost and do the benefits justify them? Like autos, many people would argue these devices deliver benefits that far exceed their “costs,” although most people tend to think of initial “price” rather than “cost”—the lifetime pay-out for something.

An example. Several years ago, I wanted to upgrade from Windows Vista to version 7 on my Dell laptop. Software cost: $125.

Easy, right? Well, I spent at least eight hours on the phone with techs in India, the Philippines and Redmond, Washington correcting wireless failures, corrupt files and other problems. Microsoft lost all profit from the $125 upgrade payment due to tech support costs. I lost eight hours of time and lost productivity.

As I watched the techs struggle with the software problem, I could tell they were following standard diagnostic procedures. But thinking outside the box didn’t happen. Microsoft’s training hindered the tech’s abilities to consider other time-saving options.

Finally a Philippines’ tech recommended reinstalling the operating system, a better solution since I had backed up all personal files anyway.

We hear a lot about artificial intelligence these days. Through machine learning, computers and robots will eventually drive your auto, service the car, and tell you in one second anthing you want to know. The world of technology chasing technology. But I’m certain even well-trained robots will make mistakes like humans.

In the end, society will decide how much technology is worth. Then we’ll have a better understanding of true technology cost.