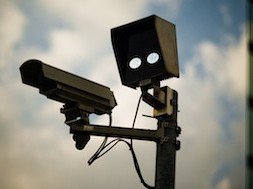 M2M (machine-to-machine communications) may yet save wireless carriers while offering consumers and businesses innovative new services.

While carriers madly search for alternative revenue streams, such as wireless health products, they continue hoping smartphones and data plan revenues will save their core mobile phone business.

This “churn/burn” strategy is worsened by the large number of cellular customers who are on pre-paid plans to the dismay of the carriers. Pre-paid cell phone service was not the original model for U.S. carriers, who based profitability on contract customers on two-year contracts with subsidized phones. Contract customers 2010 Q1 dropped 67% for Verizon Wireless and 43% at AT&T.

The U.S. cell phone market has reached saturation (85%+ of all Americans own one or more mobile phones). However, the majority of all wireless phones in the U.S.  are feature phones limited to voice, texting and limited WAP Internet access. The majority of feature phone owners do not surf the mobile Web.

While growing, the U.S. smartphone market remains at less than 20% of all U.S. phones, bolstered by iPhone, Android and other Internet-enabled phone sales. But even Apple’s iconic iPhone only has a 4% market share.

So considering the carriers’ predicament, how can they use their 3G/4G  wireless networks to generate and sustain revenues?

Verizon Wireless, owned in part by Vodafone, announced a partnership with Qualcomm at Mobile World Congress 2010 that created a joint venture called nPhase.  The new partnership is all about M2M (machine-to-machine) wireless devices and services, such as smart meters, that serve a number of industries across CDMA and GSM networks in Europe and the U.S.

M2M wireless consumer and business applications perform a single function like smart meters that monitor and report energy use.  Another example of M2M is connectivity to your auto as a reminder to service your vehicle.

The genesis of M2M communications is unclear, but it started emerging around 2000 when cellular technology permitted connections to computer systems. The OnStar system is one example.

In 2009 AT&T formed a partnership with Jasper Wireless to create new M2M devices connecting consumer electronics and wireless networks. A year later, AT&T along with Jasper and other carriers, began working on a hub for developers working in the field of M2M communication electronics.

These carrier services differ 180 degrees from the cell phone business. M2M, as it grows in the U.S. and overseas, will offer a multitude of wireless applications for consumers and businesses.

As mobile operators around the world move into machine-to-machine wireless applications, the entire landscape of carrier services will change. Rising new revenue streams will follow.