You are here: Home / mobile broadband / Mobile Broadband and the Myth of Wireless Carrier Speed 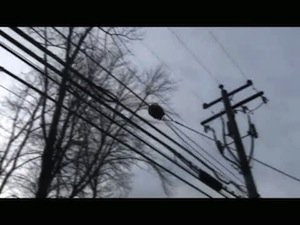 Walt Mossberg wrote a techy article about mobile broadband and T-Mobile’s stellar wireless network. Then he got into his “I’ve been testing” mood. Walt’s a great guy but too often gets caught up in his mobile role with the Journal.

In any case I responded with my usual ten paragraph comments about why the wireless carriers are pulling the wool over our eyes and the five reasons why you’ll never get download speeds of 20Mbps on your $600 superphone.

Despite T-Mobile’s HSPA+ network and the continuous argument about WiMax vs. LTE, EVDO-Rev. 10 and all the carrier hype about downloading HD movies to your TV using your smartphone, there’s a lot of bunk banter.

Do you want the truth? Mobile broadband is only a hot issue because U.S. carriers finally realized the rest of the world (South Korea, included) has had faster wireless networks for years. We folks in the U.S. have put up with turtle-speed wired and wireless broadband while rolling over buckets of voice minutes that no one uses anymore.

To catch up, carriers are doing marketing cartwheels to convince you they have the speediest mobile broadband network since the Ostrich, which Blurtit says can run up to 40 miles an hour–faster than the Emu and the Road Runner. Now if U.S. wireless carriers could do that in Mbps (megabits per second), you could download all of President Obama’s press conferences in two seconds.

But back to the issue at hand: mobile broadband. Here’s why your Droid, iPhone, EVO or Incredible will never–that’s “never”–download at carrier-claimed speeds:

Like wired broadband from your cable or DSL provider, mobile broadband download speeds vary from second-to-second based on:

So as you see bold headlines on the Web or in your favorite print publication about wireless spectrum shortage and mobile broadband, remember it’s all a myth…at least for now.

If you enjoyed this article, click here for more mobile broadband articles.