You are here: Home / mobile technology / Are Mobile Geeks and Technophobes Apathetic About Technology? 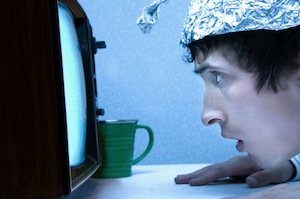 Have you ever been to a party or other social event where you’re talking excitedly with someone who has no interest in mobile technology?

You’re bubbling over like warm champagne shooting out of a bottle on New Year’s Eve, while you start feeling “hey, this nerd couldn’t care less about technology. “I’m a mobile geek; he’s a technophobe“.

It happens a lot to me. As a blogger and podcaster, I talk with lots of people in the “tech business” –you know, pro-mobile people who love three hour conversations about Samsung OLED screens vs. iPhone 4 pixel counts. Or why mobile cloud computing will save the human race.

Inevitably, while in a car or at a social event, I get stuck having a conversation with someone whose appreciation of technology is limited to Cuisinart coffee makers. Pure apathy. Glazed-over eyes staring out windows. Expression-less faces. Definitely an anti-technology person, not a mobile geek.

Then I tell myself: “Brian, you’re boring this nerd to death. It feels like attending a funeral.” Of course, if I was at a funeral, I could at least meander off to the deceased in the coffin and have a one-way conversation about mobile streaming video. But no, I’m talking with a live person who couldn’t care less about mobile technology, someone who’s not wishing for a $400 smartphone at Christmas.

So, what do you do when you have a burning question that’s causing gastric distress? Right, Google it.

And so I did. I searched for “mobile technology apathy,” resulting in over 500,000 Google hits in 1.7 seconds. Let me share a few of the juicier stories.

I wonder, then, about apathy and the future of mobile technology. Besides the “haves” and “have-nots,” is a schism developing between mobile enthusiasts and mobile apathetics? Once personal computers are replaced by tablets, phones and other gizmos, will society break up into two groups, the pro-tech minority and the anti-tech majority? Will mobile geeks split in the world of geekdom?

Like the Tea Party in the last election, as mobile  technology becomes more complex, will politics split along technological lines: the Pro-Mob party vs. the larger, apathetic Anti-Mobs? Only time will tell.