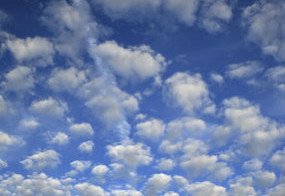 Consumers continue to increase their use of cloud computing technology.

You could call this psychological distance—how we perceive temporal (time), spatial (physical space), and social (interpersonal) events in our lives.

Interestingly, researchers discovered this when asking people about cloud computing.

Social interactions, particularly on Facebook, Twitter, and mobile phones, refer to the “physical bubble” around us, causing discomfort when others get too close.

A striking 50% of all Americans don’t know they’re using the “cloud” when using computers, smartphones, and tablets, according to a recent Christian Science Monitor article.  But as consumers better understand cloud computing, new applications become more acceptable. For example, Mobile banking in developed countries is becoming a norm.

When I conducted telephone communication workshops, I asked participants at the beginning of the seminar: “if you’re in San Francisco talking on the phone with someone in New York, what is the “distance” between you? Usually, people wondered about the trick answer, although I assured everyone it wasn’t a right or wrong answer.

After prodding participants, some of them responded. A few people mentioned physical distance. “If someone’s in San Francisco talking with another person in New York, the distance is 3,000 miles.” Others said, “it depends on whether you know the person.” In other words, people have lower psychological distance when interacting with friends.

As psychological distance drops, therefore, acceptance of cloud computing and other technologies rises.