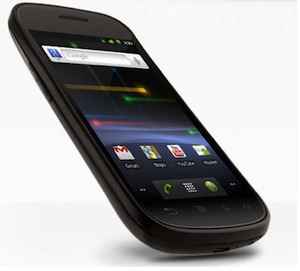 Like many of you, I upgraded to a Samsung Nexus S a few days ago. Then I spent time today with the Sprint Community and Google Samsung Nexus S forum folks online. Lots of chat about weak RF signals.

So I Googled around the Web and found mostly praise for the Google Voice integration, Gingerbread OS and fast 1ghz Hummingbird processor. Twitter chatter about the phone was basically positive

Finally,  it struck me… The weak RF signal, fast battery drain and customer support complaints are similar to the first HTC-manufactured Nexus One released over a year ago.

Remember? Google and T-Mobile tried to sell the phone direct to consumers, resulting in a customer scream about poor customer service heard in Taipei. In fact, I wrote a blog post at that time called “Nexus One Needs Customer Support from Google.”

In that post, I criticized Google for launching its own sophisticated smartphone without preparing for the required support, leaving T-Mobile like a dead rat hung out to dry. Similar to Sprint and Samsung with the Samsung Nexus S, Google doesn’t like getting its hands dirty when releasing its own branded Android devices. So manufacturers and carriers, this time Sprint, have to handle customer support.

But is there more behind the intrigue? The Apple/AT&T spat with iPhone customers about poor reception and fast battery drain sounds awfully familiar, doesn’t it? And since Apple is suing Samsung about their Android smartphones, is this situation more than a coincidence? Perhaps Samsung is guilty of patent infringement and lifted Apple’s RF and battery circuitry, then colluded with Google to foist the Samsung Nexus S on unsuspecting consumers?

Remember the infamous case of the lost iPhone 4 left in a bar by an Apple employee and retrieved by Gizmodo. Jason Chen, its editor, had to fight like Nixon protecting the Watergate tapes.

Yes, I firmly believe there’s a plot in the smartphone business–and only the Sprint 4G cats really know what happened in this strange story of the Samsung Nexus S.