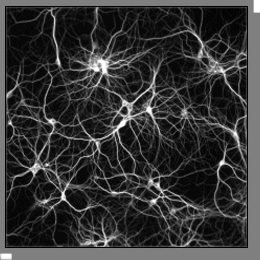 The day started like any other, sun rising, Earth spinning, Moon in orbit. But it was a special day–an inevitable one–when mobile devices, artificial intelligence, and cloud computing merged into mobile augmented reality.

After all, people across the globe equally shared mobile assistance systems (MAS), wireless devices worn around the neck or embedded into clothing or the human brain, neural nets connected to the Cloud.

Before the day of MAS arrived, mobile and wireless networks had replaced all communication and computing devices on the planet.

Though some objected to the ends of the Earth, they were quieted by the advantages of a completely wireless, connected human ecosystem. Health care became an electronic collaboration of patient and provider, driving down health costs, improving physical and mental well-being.

Neural nets revolutionized mobile commerce as human brains scanned vast catalogs of products and services in the Cloud, a repository of all knowledge, a beacon of light bringing millions of minds together, neurons exploding across the mobisphere. Nothing held back the power of mobile augmented reality.

Education and mobile learning changed over the years to AI learning through applications created by mutually collected thought. Some called it the “university of the sky”; others, the “artificial intelligence Internet.” Mobile augmented reality games played in the minds of billions.

And there was a consensus by the 8 billion people sharing the planet about the simplicity of MAS. Once in place, a plethora of thinking beings came closer together…in concert…on the day mobiles, artificial intelligence and cloud computing merged.