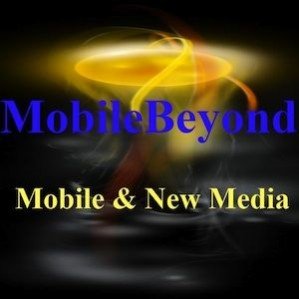 It’s been a growth year for MobileBeyond, which focuses on the future of mobile. visitors, page views, time on the site and other stats rose dramatically.

When I started MobileBeyond, I decided to focus on quality rather than quantity to distinguish it from hundreds of other mobile blogs and websites.

Although readers and listeners probably won’t find every article or podcast of interest, there’s plenty of content about mobile communications, mobile technology and mobile marketing to keep blog readers and podcast listeners coming back.

And they have. A typical MobileBeyond visitor returns at least three times a month.

MobileBeyond launched early in 2009. Before switching to WordPress as my blogging platform, I wrote for two other blog sites–MarketingBeyond and MobileBeyond.info (no longer live).

When I discovered that most visitors liked the mobile articles and podcasts more than direct marketing posts, I consolidated the two blogs into MobileBeyond.net.

During 2009, I’ve had a fantastic opportunity to interview some of the top leaders in mobile technology, communications, publishing, marketing and advertising. My guests on MobileBeyond freely shared their time and ideas, resulting in a growing list of experts.

Measured by number of visitors, here are the best mobile blogging podcasts and blog posts on MobileBeyond for 2009. (I added a few comments under each along with the links in case you’d like to directly jump to the posts.)

Keep in mind that newer posts and podcasts that are “trending up” would easily have made the “top ten” list if they’d been released earlier in the year.

Is the Roku Media Player a mobile device? You bet. Just remove two cables from the pocket book size player and connect it to any television or personal computer near an Internet connection. The Roku player even has Wi-Fi. Roku is leading the pack with IP-based entertainment services.

However, someone brighter than I will think of alternatives to short codes and bypassing carrier networks. The Google Voice fight in 2009 was only the beginning of the voIP issue. When Google releases its Android phone early in 2010, the carriers better have something to offer in their back pockets.

Well, they’re the top ten posts on MobileBeyond for 2009.  Again, I should mention that newer posts would have made it into the top ten if I’d posted them earlier in the year. I should also refer you to other posts and podcasts you may have missed that are worth reviewing.

“Mobile and Wireless Health Care with Brian Dolan of MobiHealthNews“

Forgive me if your favorite post isn’t listed or if you were a guest on MobileBeyond and your name is missing. They’re numerous posts and podcast interviews that are very good. To find them, type a keyword in the search box.

Thanks for your support in 2009. 2010 is looking very good for mobile. So stay tuned to MobileBeyond.