You are here: Home / mobile technology / Technology Trust as American as Apple Pie 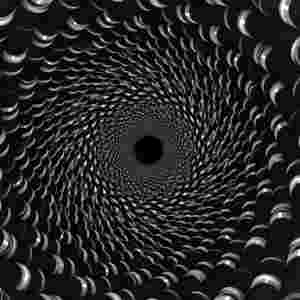 A recent survey showed that a growing percentage of Americans want greater mobile banking capabilities, such as transferring funds between accounts with their smartphones. (As American as apple pie.)

When asked about security, these technology trusting mobile users said it wasn’t a big concern as long as they had the “right phones,” meaning, of course, smartphones with banking apps accessing secure servers.

However, ten years ago, the majority of Internet users were skeptical about their financial security when checking their bank balances online. Was it safe? Were they’re cyber criminals lurking behind computers ready to steal private, secure information? What about identity theft?

What’s changed? What convinced mobile users that conducting financial transactions wirelessly was safe? Why are smartphone users assured that convenience is worth the risk? What is the risk? I think the answer is that Americans increasingly trust technology.

Our Love Affair with Technology

The dictionary defines it as the “application of science for practical purposes.” During the past decade, we’ve had a love affair with science and technology never before seen in this century. We trust scientists more than politicians, lawyers and probably our doctors. We trust technology companies more than social networking sites. From grade school, children learn that technological advances can do no wrong. President Obama believes green tech is the answer to over-dependence on oil.

In the late 1980’s General Electric’s television commercials told us they “bring good things to life.” New appliances–washers, microwave ovens–television. The word “technology” became a mantra that we all chanted–and trusted.

Yes, tech is good…tech is good. We chanted it together as Silicon Valley produced magical personal computers and silicon chips whose processing power grew inevitably each year. Smart grids carrying information over electrical connections. Biotech promised to deliver miracle drugs. Yes, we said, technology must be good. It brings so many good things to life.

Yet the same technologies we cherished also brought the Gulf Oil Spill, the potential dangers of nuclear power plants and the Wall Street debacle where physicists were called upon to create derivatives–sliced-and-diced mortgage securities only understood by experts.

So along with our trust in the benefits came the belief that those who created it or used it were good people. Banks would never allow smartphone financial transactions if they weren’t safe, would they? No company or its executives would invade personal privacy using flash cookies by tracking consumer behavior on the Web. These were good people. And good people don’t abuse power. They use power to benefit humanity.

Of course, not everyone controlling technology is good, as Enron proved. Some would do us harm. But that’s o.k. because in the end most people are good. Most of us harm no one. And, as technology boldly marches forward, we put our trust in a land of apple pie, where all technological advances are welcomed and all the children are above average.

Did you enjoy this article? Leave a short comment.