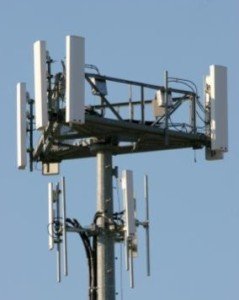 4g mobile broadband has more twists and turns than an unborn baby in its mother. Consumer and business demand continues as the carriers beef up efforts to supply faster wireless services. But the U.S. mobile carriers are behind wireless technologies?  Why has it taken U.S. carriers so long to begin offering 4G broadband service? Why are Asia, Europe and other areas of the world ahead of the United States?

Afzal Bajw, writing in Technologizer, says 4G mobile broadband, used in LTE wireless technology, is superior to Wimax. He also points out that the U.S. is far behind many countries with faster, more reliable mobile broadband.

“The U.S., a traditional leader in innovation and technological advancement, may struggle to adopt 4G mobile broadband as rapidly as other countries. Why? One reason is the difficulty of ramping up LTE during the recession. Another is the indecisiveness of U.S. industry heavyweights about next-generation standards. But even if the U.S.’s 4G future is somewhat murky, wireless connectivity is bound to evolve towards higher speed, greater traffic capacity and more reliable connections.”

Meanwhile, as reported by Reuters , AT&T is considering changing data charges for the iPhone and other smartphones:

“Ralph de la Vega, the head of AT&T Mobility, told the Reuters Global Technology Summit in New York on Tuesday that it would be costly for AT&T to cut the price of its unlimited Web data service, which currently costs at least $70 for iPhone users. Instead, AT&T could offer more limited Web surfing on cellphones for a lower fee, similar to its trial offer of 200 megabytes of data downloads for wireless netbook users ($40 a month in Atlanta and in Philadelphia.)

“‘Right now we continue to study what is the best thing that is available, not just from an iPhone point of view, but what you can do to stimulate additional demand,'” said de la Vega, who is responsible for all of AT&T’s consumer sales along with his role as chief executive of the mobile business.”

And it’s not just the iPhone and Android smartphones 4G mobile broadband demand worldwide. Samsung and other major mobile phone manufacturers churn out dozens of new models to multiple carriers each month.